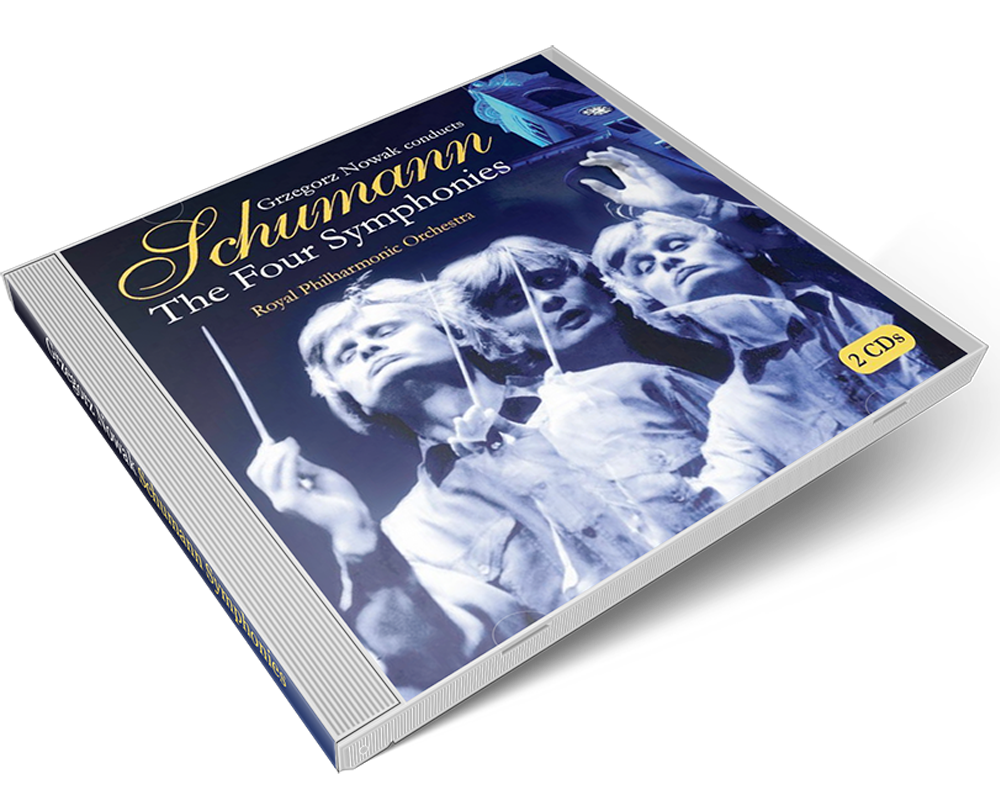 Alongside its thriving live performance schedule, the Royal Philharmonic Orchestra records prolifically for film, television and all the major commercial record companies, and offers a large assortment of music on its own record label, RPO Records.

We were tasked with designing artwork for a double CD recording of all four of Schumann’s Symphonies. Recorded in the glori